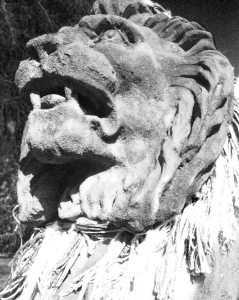 I have never been particularly good about making resolutions, and even less good about keeping them. In my 20s if I made a resolution at all it was something like “this is the year I’ll figure out what I want to be when I grow up,” a resolution that never worked out the way I thought it would.

In my early 30s my sporadic resolutions morphed into sporadic behavior-based commitments, like “I will floss every single day.”  Those didn’t really work out any better than the earlier life-planning resolutions, though I did get an improved report from the dentist.

When my children were little, I often made resolutions related to parenting, usually to spend more time playing or reading. Playing, I must admit, was never my parenting wheelhouse. I would start the year resolving to get better and end the year a complete and dynamic Polly Pocket failure. I was better with the reading, somehow never tiring of Little Quack and Olivia Forms a Band and Runaway Bunny. I did love that Runaway Bunny.

More recently my resolutions have been singular, like clearing out a dusty storage room. A single goal I can manage, even if it has me driving boxes to Goodwill on Christmas Eve, 357 days after I started unpacking and sorting.

Though I’m not good about making them, I am fascinated by the annual trotting out of resolutions every January 1. I’ve seen some particularly good ones this year, both new and repeat offerings. 49 New Year’s Resolutions for Twentysomethings includes my favorite, “ban Candy Crush invitations.” Thank you, Lord; may everyone of every age add this to their 2015 list. Woodie Guthrie’s list is an oldie but goodie, as is last year’s “The 8 Kindest & Gentlest Resolutions” from Forbes.

With the trend toward soul-enhancing, additive goals (adopt a good new habit) as opposed to subtractive shame-oriented ones (juice cleanse), I feel a stronger pull toward resolutions, toward being a better version of me. Maybe it’s the latent Cherokee blood from somewhere in my mother’s line urging me to feed the good wolf, starve the bad.

But since starving can reduce even the most cheerful of souls to murderous rage, I struggle with the long-term viability of that good wolf/bad wolf wisdom. Try to exorcise a bad seed by denying it and you’ll still feel its presence the same way, I’m told, an amputee can feel a phantom limb.

They are, after all, limbs that I grew myself, these demons. Greedy, Meany, OCD and Little Miss Self-Indulgence, they’re all bad seeds I planted from within, each spawned by a slight or insecurity then allowed to grow and roam over time. Some of them crave junk food and second (third) beers on school nights. Others are chronic starters, never to finish a single task if left to their own devices. And then there’s ImpatientImpatientImpatient (Beetlejuice, Beetlejuice, Beetlejuice).

I know them well, these demons, as we’ve had a while to get acquainted. During our acquaintanceship they’ve spotted my weaknesses, and I’ve spotted theirs. They’ve learned that I’ll give in more freely if I’m tired. I’ve learned that they’ll accept long walks instead of Chick-Fil-A, if only I’ll choose to make the substitution. But the demons will either be fed or be petulant, there is no third alternative.

No, starving them is just not going to work, at least not for me, because all those bad seeds – the ones who spend too much money and lose their temper and chase shiny new things before finishing the old – they are as much a part of me as my chocolate soufflé knowledge, love for my children and occasional good humor. I can ignore the bad ones, pretend they don’t exist. But like cry-baby two-year-olds they’ll just nag and nag and nag unless I can figure out how to lull them to sleep, love them as my own without indulging their excessive appetites.

So this year, I think, I’ll simply resolve to try and keep my inner saboteurs tucked into their warm, snuggly beds. When a shadow of self-doubt, that malicious intruder, wakes them in the night, tugging their blankets and tickling their toes with a cold draft, I resolve to call those little demons by name and walk them back to their nests, like the zookeeper in Peggy Rathman’s classic Goodnight, Gorilla taking all the escaped animals to their cages. Yes, when they start to wander into my bedroom, I’ll hold their hands, lovingly return them to their proper places and sing them back to sleep with my own special theme music. I hope they like Katy Perry.

As it turns out, the demon who craves Lays potato chips (really, it is a pisser keeping her in her bed) is easily appeased by warm, savory soups: potato-leek, tomato-basil, butternut squash. She also likes one-egg omelettes and spicy stews and, perhaps surprisingly, grapefruit/watercress salads and broccoli slaw with ginger dressing. Since Christmas Anxiety got her all riled up, she’ll get my cooking attention this week.

Last year (two years ago?) I was on a hunt for the perfect beef stew recipe. This year, I’m going to find the perfect formula for tomato-basil bisque. One challenge is that I want to enjoy the bisque when the weather is cold, when real tomatoes are long out of season. I did roast and freeze some last summer, so I’m going to give this recipe a try. My back-up plan is this one from Midwest Living (I suggest adding sugar to taste instead of going by the recipe – I don’t like it too sweet). For the grilled cheese I like sourdough bread with either sharp white cheddar or Swiss cheese.

As I’ve become overly reliant on Ina Garten’s baked Parmesan chicken, I’m going to try adding this coconut version to the family rotation and serve with tangy Asian-style slaw. If you want to go the super-easy route, buy packaged broccoli slaw and bottled dressing (I like the Makoto ginger dressing). If you’re up for a bit of kitchen therapy, try this recipe (with the bonus of a link to coconut shrimp, if you want an alternative to chicken).

This salad from bon appétit is hearty enough on its own for a light dinner; add some smoked salmon other other flaky, smoked fish if you want to give it an extra boost. If you can’t find watercress, substitute baby arugula.

Once I conquer the basil-tomato bisque quest, I’m going on a search for the perfect red lentil stew. Until then, this recipe from Gourmet will do. Vary the spices to taste; make a double batch and freeze leftovers for another cold day. If you’re feeling up to it, try making some naan at home with this step-by-step guide from Saveur.

Yep, just like the baked egg concept, this is a recipe I’m going to keep pushing until you try it (and to keep making until my family relents and agrees to eat it). Just try it once, and you’ll never buy Stouffer’s Spinach Soufflé again, I promise.