Are you my family? 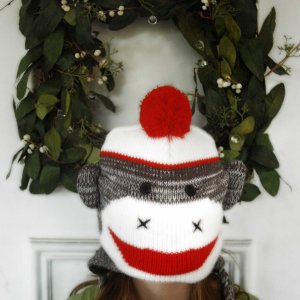 My grandfather, my father’s father, and his sister Julia lived next door to one another from the mid 1930s, when they built their houses, until they died decades later.  Their yards were connected by a garden path, their lives communal.  My father was an only child, and his four cousins living next door were more like siblings to him and, later, like aunts and uncles to my sister and me.

Holiday hosting rotated among Papa, Julia and their brother Laurence, who lived a mile or two away.  But Julia was the undisputed doyenne of the family enterprise, and her house was best suited to entertaining a crowd.  She had a large round dining table that seated 10 comfortably, 12 if everyone felt cozy.  Her entry hall, living room, breakfast room and bar were all connected around the dining room, so there was plenty of space to sit and move around at the same time.

At our peak, all totaled and including spouses, there were 29 of us: six grandparents/great aunts and uncles, 13 in my parents’ generation, and 10 children.  Family gatherings, particularly on Christmas, stretched all day, from preparation to eating to cleaning.  The bar was the men’s domain: bourbon, cut crystal highballs, tartan napkins and football.  The kitchen belonged to the women: food preparation, display-worthy serving dishes, gossip.  Everyone brought something for the meal: Peggy’s rolls, Trudy’s dressing, my mother’s dessert, etc.  There were no special children’s activities, no themed entertainment.  We kept busy and, mostly, out of the way.  Dish washing after the meal ended wasn’t so much a burden as it was an opportunity for the women to talk about women’s stuff while the men, comfortable in another room, talked about men’s stuff.

The buffet was in the dining room, the kitchen clearly off limits to anyone except the food preparers.  Perfectly laid tables were set throughout the entry rooms, affording both small group conversation and separation in the event of family squabbles.  When we were little, we children sat at a children’s table, away from the adults.  As we grew into preteen years we were integrated into the company of grown-ups and given opportunities to participate, chilling water glasses and then filling them, placing butter and salt on the tables.  We had our first tastes of wine, always Gewürztraminer, and lessons on how flavors complemented one another to make food more enjoyable.

Over time, inevitably, those squabbles, along with health issues, college, competing family obligations and divorce (my parents), chipped away at our storybook, multigenerational family events.  By the time I was leaving for college everyone had pretty much gone to their own corners.  In my mother’s corner, the food, presentation and schedule looked remarkably similar to that long family tradition, only set for three instead of 30.

A year after I graduated from college my father remarried, and his new wife could hardly have been more different from my mother.  The contrast was most apparent at the holidays.  Christmas at Sara’s house was an elaborate, boisterous party with Christmas crackers, gag gifts, Santa hats and a table decorated with matching Christmas-pattern tableware, napkins and glasses.  When we came home to spend Christmas evening with our mother that first year, Margaret and I chose our words carefully as we described the day, making sure to let Mama know how much we preferred her table.  “Glad you can tell the difference between Lenox and Limoges,” was all she had to say, and we knew she wasn’t talking about plates.

Sara’s Christmas burlesque grew on us, though.  What made it particularly fun was that she always invited orphans to join in – people who had no family in town or who weren’t claimed by the families they had.  After my father died, Sara insisted on flying Margaret and me to Memphis for Christmas so “her family,” including us and the random orphans, could still be together.

My mother never understood the continued affiliation, although she would have been comforted to know that for several years after she died Margaret and I still had family holidays and presents from Santa under a Christmas tree, thanks to Sara.

Then Sara, too, died.  And that could have been the end of our holiday festivities and big family style merriment, the concluding chapter in 43 years of family traditions.

But you already know that it wasn’t.  You already know, if you’ve been here before, that on Christmas, as on other holidays, we who live many miles apart from our real siblings gather with our neighbors and friends to share in celebration.  You know that we each prepare a dish (or three), that we mingle in the kitchen as final food preparations are made and serving dishes arranged.  You know that we, sometimes 29 of us in all, span six decades.  Some of us have more history together than do actual blood relatives, and some are new to the fold each year.

When we’re at our house, as we were again this year, we join one another at our big round table that seats 10 comfortably, 12 if we’re feeling cozy.  Other tables in the entry hall and living room provide options for smaller conversation or separation in the event of a family squabble.    We are together most of the day whether or not we use plates that require hand washing.

When I look around mid-meal, surrounded by the clink of silver and glasses, at the tennis friends, the work friends, the doctor whose children my sister used to babysit, the couple who almost lost their house to a fallen tree, and the neighbors we’d never have known if not for this house, all I see is family. My family.

Happy New Year to you and your family, whatever shape they may take. 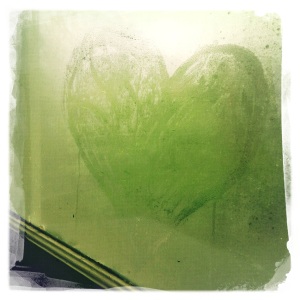 We’ll get back in the dinner routine this week, ready for the new year.  I will probably make the Spaghetti alla Carbonara for New Year’s Eve, although any of these options would work just fine for a special meal.