Once upon a time, a long, long time ago, I would come home from (elementary and middle) school and watch TV and eat cereal and sometimes do homework. What I watched varied from year to year, but the line up included the full GenX play list: I Love Lucy, Green Acres, The Beverly Hillbillies, Hogan’s Heroes, Bewitched, I Dream of Jeannie, The Adams Family, The Munsters.

So – funny little secret – every time I write one of these month-in-review posts, and every time I get in the car for a road trip, a tiny voice in my head says: Captain’s Log, Stardate [some made-up number I invent on the spot].

A(nother) Road Trip with My Girl.

Same time last year my free-spirited, music-loving, Libra daughter convinced me to make a last-minute road trip for a concert in Nashville. By then we’d made several long car trips together, my girl and I; but last October was the first time we made (she made) a playlist for the drive.

This year my (still free-spirited, still music-loving, always Libra) daughter and I drove to Rochester to see my sister, stopping in Hannibal, MO along the way (“so you can say you’ve spent the night where Mark Twain was born,” I said. And my girl said, “Why would I ever want to say that?”)

“There’s some other stuff that I like that we can skip because you won’t like it,” she said.

Also: It snowed in Rochester.

Also, also: Because it was snowing and sleeting and cold, we cozied up inside and watched my sister’s favorite movie of all time, Megamind. And I loved it. Times SIX! Because we are nerds of a feather, my sister and I. Lucky us.

Also, x3: We went to a thrift store and a used book store, and I came home with a chair, 4 Limoges salad plates, a Ruth Reichl memoir, and a vintage cooky (sic) press. The press, at 7.99, was by far the most expensive item in the lot. More expensive than the chair ($6.99 – not kidding). 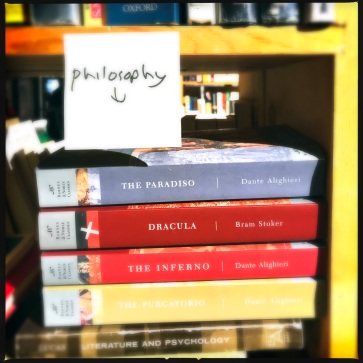 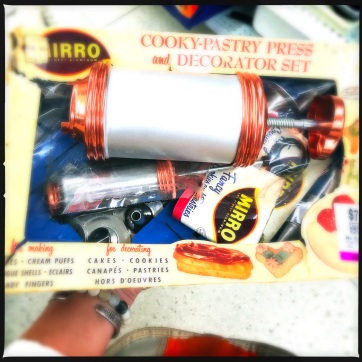 Also, x4: We took an awkward selfie to send to my exercise class back home. (See also, nerds of a feather). 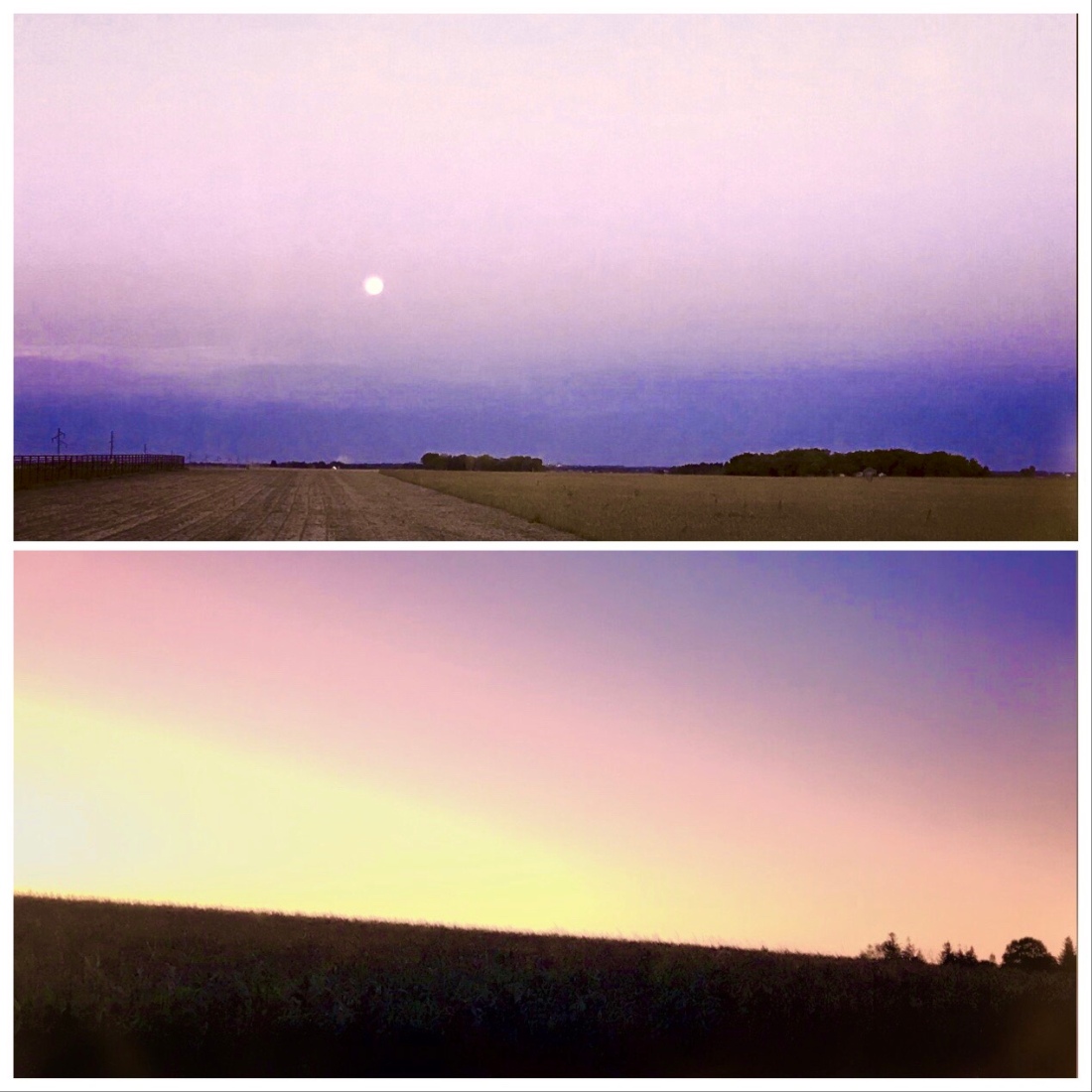 Also, TIMES SIX (you have to watch Megamind to understand): I got a new name: Other Mom. It might be the best thing to happen to me in all of 2019.

It was a great, if short trip. And then we drove straight home, my girl and I, moon setting on one side, sun rising on the other. We did not stop along the way to give Mark Twain another thought.

When women support other women, everyone wins.

My friend Stephanie asked me to do something for her to help with her new store. I love Stephanie, and I love her store, so I was delighted to help. Talking to her about her business, her goals, and what she hopes to inspire among her customers made clear how much her work is focused on women supporting other women – to be creative, to be collaborative, to explore, and so on. Stephanie’s suppliers include women-owned businesses, as does her business support network.

My first thought was that we’ve reached an age, Stephanie and I (and her network of women), at which we can finally appreciate the power of women supporting women. And then, in an unrelated event, I stumbled upon the #WeLoveYouMeghan trend on Twitter and watched that snippet of her interview and read through the long and growing thread of comments. (And yes, I do still despise Twitter; but it is hard to stay current these days without scrolling through the feed.) (And if you’ve somehow missed the story, this article is a good catch-up summary.)

Anyway, following that story and listening, later, to women friends and colleagues of all ages talking about it, it’s easy to see how things have changed for the better — not that we don’t still have a long way to go (see: Ernst & Young training story). But despite similar circumstances, this support for the Duchess of Sussex is different from the groundswell that rallied around Princess Diana in some really important ways, beyond the most obvious (Prince Harry). Women sympathized for Diana but empathize with Meghan. We were sorry the People’s Princess had to endure mean things. But now? Dude, we — women of all ages — are so over that shit. And for the better.

Know what you need in your Christmas stocking (or right now) that you didn’t know you needed? These notepads from Constellation & Co. And when you order them (along with the cards you’ll want to order, as soon as you see them), send a nice note to Sara who owns the store and who is a terrific human. (Also: woman-chases-dream, my favorite story).

In her Instagram feed (@constellationco), Sara recently wrote about how hard it is to make a go of a small, friendly, creative retail shop. And she’s right. If you’ve ever worked in retail or had family in retail, then you know exactly what she’s talking about. Local mom-and-pop shops are often just mom shops. Supporting them supports real families in real communities. Shop local, and shop often. And if you want to shop from outside the city where you live, shop the online store of a local business in another place (so, Constellation & Co., for example).

Why am I pushing this particular store? Because Sara, who is belligerently hopeful (and sells a t-shirt with that message, so you can be, too) has been encouraging to me, and I want to support her. Period.

(Also: Time to order your 2020 planner from Ink + Volt (another great woman-owned enterprise). Last year, I got red. This year I ordered this one.)

I nudged my sister, who was ‘meh’ on Brussels sprouts, into making crisp gnocchi and Brussels sprouts with brown butter. It was delicious. If you’re not an NYT Cooking subscriber, use this recipe from Eating Well – similar enough, I think, and just as easy to make.

Back home in Memphis, Bernard found pimiento peppers at the farmers market. He roasted them and made truly-homemade pimiento cheese. It was delicious – so delicious I may not be able to make pimiento cheese with the stuff in the jars ever again. (Also: Yes, this is the same Bernard who said, 20 years ago, that pimiento cheese was gross and should not be a thing.)

While we were standing at the counter with a box of Triscuits, scooping pimiento cheese from the bowl, I said: You know, I could be a vegetarian. And Bernard said: No, you couldn’t. And I said: Yes, I could; I really don’t care about eating meat that much. And Bernard said: Right. Until I make carne adovada, or green chile stew, or a beef tenderloin, or bacon, or roasted chicken salad. You could be a vegetarian until I make any of those things.

There is great comfort in being known.

And, on that note: He wouldn’t tell me what pimiento cheese recipe he used, because he likes having some things that are his, and only his. But I think it was close to this one, from Cookie & Kate.

My reading group (still not a book club) read Drive Your Plow Over the Bones of the Dead – a selection we picked before the Nobel prizes were announced. It is fantastic – worth reading twice. Next up? All the Names They Used for God — my recommendation; I read it this summer, and it also is worth reading twice. I’m also reading The Dutch House, which so far is as expected.

The Chore War is Real, and Your Marriage is Losing

How almost divorcing kept Denis and Anne Leary together

After a College Applicant Hits “Send”

Climate Change Will Cost Us More Than We Think

To Decode Male Rage, First He Had to Write in His Mother’s Voice (a great story about Ben Lerner’s writing, if you’re a Ben Lerner fan)

And I saved the best for last: A small and declining (dying) Lutheran church in Minnesota took “Love Thy Neighbor” to a radical extreme. “It doesn’t matter if the person is poor or whatever. You can be well-off and it still doesn’t matter. It has very little to do with religion or Christianity, and everything to do with community.”