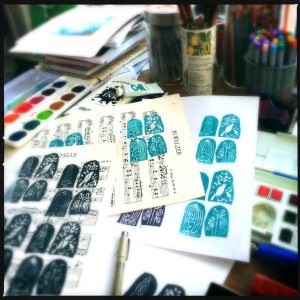 On Monday I had to put on my big girl pants, by which I mean quite literally the black stretchy pants with the wide and forgiving elastic waistband. I have done little but eat and drink with reckless abandon since November 10. On November 9 I was too depressed to eat.

In the initial days after the Electoral College outcome was decided by 77,744 voters in three Midwest counties who managed to offset 2.9 million voters on the other side (thereby casting the die that threatens to upend our democratic republic), I tried frantically, in my head, to make some rational sense of this unsolvable puzzle. Except, of course, that it will never make rational sense, not to me, anyway. So I set it aside, decided to think about other things, do other things. Cook, for one – with extravagant amounts of butter, cream, cheese, potatoes, chocolate and wine. Lots of chocolate; lots of wine.

Usually all this eating and drinking would be paired with an extra-active walking schedule. But Charlie Brown, my (batshit crazy) special-needs dog, ate the orthotic insert and half the shoelace from my left running shoe. And no, I’m not making that up. And yes, I could easily buy another set of inserts and shoelaces. But I simply haven’t. Yet.

So instead of walking, in addition to cooking and eating and drinking to distraction, I’ve been making art, as I’ve already told you, because my one and only 2017 resolution is to art harder (a phrase I learned from the ever-awesome Blogess, Jenny Lawson). Off and on since mid-November, I’ve  spent hours and hours drawing and painting and printmaking, and hardly a single minute sweeping up dog hair or doing laundry.

The week between Christmas and New Year’s holidays, my office was closed, a decades-long tradition to support our therapists and counselors who spend the other 51 weeks tirelessly working with victims of violence and abuse. No counseling services, no book-keeping, not even someone to run the postage meter. Even I took the week off, save going in once a day to retrieve mail and make donor thank-you calls (because, don’t know how to run the postage meter).

Given a free week and a quiet house of teenagers who sleep past noon if they can, I doubled-down on art-making. Which is how I realized, while counting down the dark, final days of December, that the eating and the drinking weren’t doing a single thing to make me feel even one ounce better. But when I sat at my table in my art room, looking through art books for initial inspiration and then putting pen (or brush) to paper, several hours could disappear in what seemed like only a few, blissful minutes. 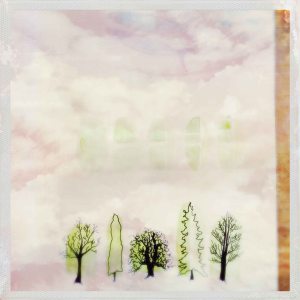 A week’s commitment to art-making left me feeling like I’d had a month’s sabbatical – refreshed and invigorated to an unusual degree.

Because it is my nature, I was curious to understand why.

The first place I went looking was to Nobel Prize-winning neuropsychiatrist Eric Kandel. In his recent book, Reductionism in Art and Brain Science, published in August 2016, Dr. Kandel explores, in simplest terms, the bridge between art and science. You may remember this book, because there was a flurry of attention when it was first released. For insight into Kandel’s thinking, and the book, I recommend several terrific interviews like this video, “How Your Brain Finishes a Painting,” (which is only five minutes) and  this radio piece, “This is Your Brain on Jackson Pollock” (which is almost 30 minutes, but worth the time).

[As a side note, don’t miss that Dr. Kandel’s accent is so strong that the transcriber typed “artistry” instead of “art history” in the Science video. Precious.]

The gist, since I know you’ll probably skip both links, is this: when looking at a work of art, we are – each of us, individually – undergoing a creative experience. Our brains process the images and complete the paintings (or sculpture, etc.); so, looking at art is a kind of problem-solving. The more abstract the art, the less pre-wired, bottom-up processing our brains can do, and the more we have to use imagination, forge connections.

Through his work Dr. Kandel provides, perhaps, a scientific answer to something many of us have considered conventional wisdom for a long time: if you get stuck trying to solve a highly analytical problem, wander around an art museum for a few hours. However, it isn’t so much engaging one “side” of the brain so the other can rest as it is simply moving to a different set of problems for the brain to solve. It’s the basic standardized testing instruction: if you get stuck on a problem, skip and come back to it later. You don’t stop solving problems; you stop solving one particular problem, for a little while.

By connecting art “appreciation” with problem-solving, Dr. Kandel’s work also provides a great boost to advocates of liberal arts education and art history degrees in particular. Not that I’ve ever had to defend having such a degree….

Anyway, looking at art is a creative, neurologically exciting and fulfilling experience in itself – which is good to know, but not really the answer I was looking for.

Then, through a 2014 article in PRINT magazine, I found this (long, nerdy, interesting) study: How Art Changes Your Brain. And since I know you won’t click either of those links, either, the gist of them is this: making art decreases stress and improves psychological resilience. “Forget Sudoku,” the article opens. “Draw.”

You might be thinking, here again: well, duh. Art therapy and art as therapy are not new ideas. But putting statistical, scientific, brain-based evidence to the concept is new. Insistence on the inherent value of art isn’t some left-wing, bleeding heart, not-tough-enough-for-the-real-world stuff. Art – looking at art, making art – has a tangible positive benefit on cognitive ability. For every single person: black, white, rich, poor, Republican, Democrat, and so on. Art is essentially valuable to human development individually and humanity as a whole.

Which is, of course, the answer to the problem I was really trying to solve in my head, trying to understand why the election left me completely undone.

We are entering a time of binary, hard-line rule. A time in which art and abstraction and ideas are deemed valueless because there is, in the hard-line world, only one correct answer to any given problem.

And in response to this coming wave, I beg you to join me: Art. Harder.

Beef Bourguignon
(from Ina Garten – yes, you can make it on a weeknight)