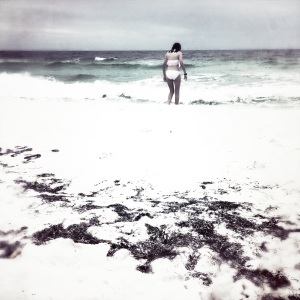 When I started writing this, 143 days ago, I was sitting on a porch in Santa Rosa, Florida. It was quiet, because it was early, and the sky was just beginning to lighten. I was alone, save for the birds. There was coffee, the sound of waves, a flutter of breeze, an occasional car on the road.

I had taken my children to the beach for an impromptu escape. 10 days earlier I walked away from a job that I once loved but had stayed in several years too long. I’d made a commitment to begin a new job several weeks in the future. So for a while, a short while, a little over a month, I had nothing much to do.

This was, then, a moment in between. Before, there had been obligations; after, there would be obligations. This was the hiatus, no man’s land.

Perhaps this is a familiar feeling to you, too, this feeling of being in between before and after, suspended in time. For me, this early morning meditation was an hour in between a house asleep and a house awake. This calm hour was part of a week that was wedged in between bookends.

So I was sitting at the table on the porch, coffee in hand, breeze in hair, preparing to write, because reading and writing were two things I’d decided to do while on sabbatical. By this point, this specific hour, I had already written about the trip to the beach, about my history with Destin. I’d started a couple of other pieces, too, though only so far as to capture the initial dump of an idea, a stream of thought unintelligible to anyone but me.

I was staring off into the pale morning sky wondering what to write, to think, to do. And the question that popped into my head was this one: what do you want? It’s a simple enough question, though often it is not.

In February, in the middle of the night, a night of great distress, having earlier in the day (and quite abruptly) decided to quit my job, I told the universe what I wanted – or at least one thing that I wanted. And the universe answered. You don’t have to believe me; it is true nonetheless. And whether you believe or don’t surely you’ll agree that unasked is always unanswered.

So sitting on the porch, in the early morning, in between, with nothing but peace and quiet to allow for writing, I started this post, originally entitled, “I want.” It began:

I don’t know, because it isn’t how I remember things, what interrupted me. I remember the morning, waking up, going outside, getting settled. I remember thinking and reflecting and then starting to write. Then the idea must have run dry, or the coffee cup run empty, or new thoughts to interrupt these thoughts. In any event, I saved the list and moved on to something else.

On the days when I have a few quiet minutes to myself, early in the morning, I often thumb through unfinished drafts to see if an idea will come back to me. Off and on, for 143 days, I’ve come back to visit this list of what I want, or what I wanted, then. It was written before the rest of the summer, before school and work and schedules.

Now, it is long after this sabbatical ended. I’ve kept trying to pick up where I left off, to keep adding to the list. A post like this should be a throwaway piece; a list is always good for that. And surely there are more things that I want – peace in Syria, an end to this awful election season, a permanent ban on pumpkin spice. Try as I might, it just wouldn’t come together in my head. Until it did.

I am writing the end of this piece from a cozy home in Braselton, Georgia. My daughter, who in May asked to go to the beach, asked recently for a weekend visit with a dear friend whom she sees only once or twice a year. “I want to go to Atlanta for Mary’s birthday; can we go?” she asked.

I couldn’t think of any good reason to say no, and so I said yes. We packed the car, without much preparation, and headed out into the clear blue morning, six hours of road ahead of us. This is one of my favorite things in the entire world to do, to get in the car and start driving. Not the carpool, errand, in-town kind of driving, but a real drive – with a beach, a river, a mountain, a friend, the unknown waiting at the other end.

I’ve gotten it all backwards, I realize, these past few months, trying to see things through the lens of before and after, like some extreme makeover, where everything is tidy in the end.

The thrill, desire and longing hang in the space in between, after an idea sprouts and before it reaches a conclusion.

And this, most of all, is what I want.

8 thoughts on “After and before.”