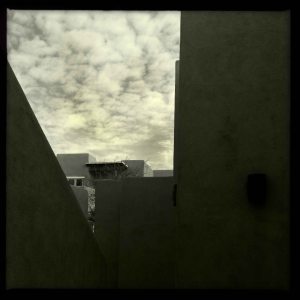 At heart I am an all or nothing woman, immoderate in every endeavor, no matter how much I pretend to be otherwise. Also, I often lack the ability to carry things through to completion, a characteristic that does not complement the other one well.

Several years ago (Bernard and I disagree about the particulars), I packed the children with him in the car and sent them west to Santa Fe for spring break, without me. There were many reasons, both simple and complicated, that we spent the week in two different camps, the simplest of which is that I wanted to get something done, and I was fundamentally unable to complete any of the myriad projects mounting around me, and what I most wanted in the world was to accomplish one thing, start to finish. Anything.

And so we decided (and this was actually how it came to pass) that I would stay home, alone, and my people would travel.

I elected to tackle our bedroom, which is really the guest room and supposedly only temporary quarters while we finish the renovation that I do not believe we will ever finish, but that is another story for another day. Anyway, with the help of a friend who is a semi-professional organizer, I planned to spend the week moving everything out of our room, cleaning, sorting, and moving in only the things we wanted to keep. Everything, down to socks and underwear, would be shifted out of the room, carefully reviewed, and placed back – if it passed muster. There was to be no other cleaning, no other activity until this one room was complete. Start in the morning; work until night. Venture outside the work area only for food, water and maybe a bit of fresh air.

Excruciatingly boring, yes? Also not remotely my style of cleaning. Also, clearly not the best use of my native talents. But it gave me a great sense of accomplishment, and a bit of personal insight. And all these years later, irrespective of the precise number of sun turns, our room is still not entirely untidy.

At the time of the big clean I saw my weeklong time-out as a sort of intervention, or maybe a quasi-kombucha tea cleanse. If I spent one dedicated, focused week cleaning and organizing the right way, I thought, then maybe I could end my days as a serial cleaner, could stop being the sort who starts in the kitchen with the dishes, for instance, and then gets to the table where the kids have tossed their belongings, and instead of parking those belongings to the side and continuing to clean the kitchen until it’s finished instead takes the things up to the rooms and starts making the beds.

Alas, a tiger cannot shed its stripes, and I remain dedicatedly ineffective on a daily basis – in cleaning, in cooking, in writing, in everything. I jump in with both feet, unabashed, then want to jump, equally unabashed, into something different. Perhaps it’s the creative spirit, or perhaps (and this more likely) a touch of manic depression. In any event, over time the stack of deeply immoderate beginnings begins to weigh heavy, each big idea begging to get to the altar.

Which is why I was craving another time-out, a week alone to push through a big project – this time one of the three books I started working on last summer, all three of which are suffering from the delight of great beginnings followed by extreme and dedicated lack of attention. I had decided, as all-or-nothing deciding sorts of people tend to do, that the only possible way to make progress was in the vacuum of solitary confinement.

In the years since my last week alone, things both simple and complicated have changed for our family, particularly as they relate to our annual (mostly), week-long treks to Santa Fe. For all those reasons, and mostly because I both wanted and needed a week to work on my own work, the plan for this year’s spring break was for me to send my people packing and give myself a full week to write.

I would stay home, and my people would travel.

Then my daughter had a complete come-apart, replete with shaking shoulders and gasping breaths and buckets of tears. One of my little voices reminded me that the days of her wanting my company are not infinite, that I will not always be her traveling companion of choice (at least I hope this is true, entirely for her sake). Life cannot be all or nothing, it is not naturally that way.

So I packed my things, found a house/dog-sitter (miracle, that – no two ways about it), and headed west with my people, bursting the magic bubble of isolation. My five full days of uninterrupted writing in my kitchen turned into two long windshield days, three quiet half days with a window view of the occasionally turquoise sky, and three half days enjoying the enchantment Santa Fe, hand in hand with my traveling companions.

I did manage to finish a big chunk of one book, albeit the easiest of the three since it’s really more of a workbook than a book-book (it’s called What’s for Dinner, Dammit?, and I cannot wait to share it with you). And I did make just the tiniest bit of progress on the others, and I did have (relatively) long stretches of completely uninterrupted time alone while my people skied and saw Bernard’s family. And the cherry trees were blossoming. And I finally got to see the oldest church and the Loretto Chapel staircase and La Conquistadora. Plus there was free breakfast. And it actually rained, real rain, which never happens in Santa Fe.

And I did get to be in a messy heap with the people I love most in the world, people who remind me daily that all or nothing isn’t all it’s cracked up to be, people who nudge that immoderate Jennifer forward, one step at a time, across the thousand miles.

Wait! Before you go:

Remember that time, once upon a time, when there was a dinner menu postscript each week? Remember how we used to plan our meals? And then I had this idea about turning those into a (work)book. Or maybe another blog. Or maybe both, immoderate project starter that I am. Anyway, remember all that from way back when?

The food-only blog, you may already know, is called dinner prompt, and it’s a daily deal, which means it’s likely to overwhelm both you and me before we know it, although I’m trying to tweak things to be less overwhelming and more helpful. Also fun. And the weekly recap on Sundays isn’t entirely unlike the old weekly menu plan. So there’s that. (And one of the salt cod recipes I included today looks really, really good, if you’ve got the inclination to find salt cod and then deal with it.)

But in the meantime, there’s this (work)book, What’s for Dinner, Dammit? that is taking shape thanks to a designer friend who said “hey let’s team up and get this thing done!” which is awesome, because she’s a project finisher while I’m mainly a project starter, and if I don’t drive her completely and totally insane, then we’ll be bringing you a book sometime soon.

What’s it going to be?

The format is simple:

Sound interesting? Well, give a loud “heck yeah!” and stay tuned for more. And if you have suggestions, please share. You know I love it when you share, really I do.