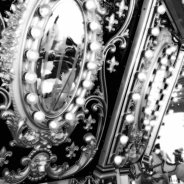 I’ve lately had a hankering for kale, a development that could not possibly surprise you more than it has surprised me (see The Trouble with Kale). But there I was, a couple of weeks ago, standing in the green grocer section of the market thinking, “huh, kale and cabbage slaw; that sounds good.” For many days now, off and on, kale has been on the menu for lunch and dinner. Weird, yes, but true.

Fumble around on the internet and you’ll find as many credentialed experts who believe food cravings indicate nutritional deficiencies as ones who do not. The common ground in the “cravings = needs” debate is that cravings are signals from your body indicating something’s out of whack. The bigger idea is that addressing the need, in some form or fashion, will restore the body’s equilibrium.

A craving for kale, for example, might actually mean you need calcium, whereas a craving for Pringles might mean you’re just mad at your husband for doing something bone-headed (not that this would ever happen in your house), and that you need to address your cortisol level – with a walk, perhaps, instead of junk carbohydrates. In either case, the goal is getting back to an even keel, back to a state of normal.

In our eternal “know thyself” quests, know thy normal might be the first level of enlightenment. In terms of physical health, knowing your own normal is vitally important for early detection of disease and for regular maintenance of everything from weight to anxiety. Figuring out what a normal state feels like is step one. The decision tree branches out after that, a tree framed by statistics and ranges. My normal lives within the parameters of The Normal, the boundary of healthy and balanced.

As long as we’re talking about things like cabbage, kale and calcium, there isn’t much fighting over my normal versus The Normal. It’s an intellectual exercise, a numbers game in which we agree, generally, to accept some definitions. Even if my normal crosses perpendicular to yours (you say paleo, I say poppycock), we’re relatively peaceful co-existers as long as we stay on a rational, tangible field.

Cross over to a field of dreams, though, and things get tricky, fast. In the realm of abstract thoughts and desires, your normal and mine are no longer intersecting lines but tectonic plates, easier to see than to understand, cumulatively spherical, boundaries ever-changing. It’s hard enough trying to figure out the limits of my own normal here, let alone the dynamics of our convergence. And what you crave in order to restore your normal may not seem normal at all to me.

The brouhaha over the Sports Illustrated swimsuit cover is what started me down this particular rabbit trail of thinking. It is in the bounds of common decency? Can a body like that really be normal?

I tweeted a link to Jennifer Weiner’s recent NYT column (“From SI: the Latest Body Part for Women to Fix”), and in the tweet I pulled out this quote from the article:

“We all have to draw a line in the sand, and mine is underneath the waistband of my Hanes cotton boy shorts.”

I thought it was a good line, one I did not intend to weigh down with added significance. It was, to me, lightly ironic and funny.

“@jenniferbalink w/o moral compass who draws lines? each of us=anarchy?”

Damn, where is that moral compass, the equivalent of glucometers and blood pressure cuffs? On the field of libertarian anarchy where individuals can opt out of vaccinating but not out of pregnancy, who does define where Normal lives? I wonder if your compass can point me there, because we are way past the green grocer’s section of the market.

But desires and feelings aren’t numbers; subjective can’t ever be objective. You say normal, I say outlier. There’s no scientific meter to indicate who’s right. We’re plates with plains and mountains and oceans, all converging around a sphere. I’m craving kale. You’re craving naughty swimsuit photos. And the world goes ’round, two turntables and a microphone, trying to stay on an even keel.

Daily desk, the Jim Collins edition.
Daily desk, 6.16.21.
Daily desk, 6.15.21.
Daily desk, 6.14.21.
Daily desk, 6.13.21, the “here’s my favorite daily-use knife” edition. Curious? You know where to read more: jennyslark dot com. (Yes, it’s a Cutco knife.) (No, I don’t remember paying as much as the listed retail price for it.)
Friday: The old lady dog is actually sleeping, because she is old and knows there’s just no chance of an accidental food spill. Big Dog? He’s pretending to sleep, because he is young and doesn’t yet understand that there will be no accidental food spills. Yoda? Well, he’s busy being Yoda, making sure I understand that he wants food to spill, even though he knows it will not. This is how things are.
×
%d bloggers like this: