Before we begin, I just have to say: I wanted the Royals to win. Next year, Royals, next year.

Today, if you follow a Catholic or Anglican liturgical calendar, is All Saints’ Day. Tomorrow is All Souls’ Day. Yesterday was the Eve of All Hallows, the night before All Saints’ Day.

Today celebrates good people for their good faith and good works. Tomorrow, if you’re into such things, is a day to pray for all the souls in purgatory who did good works but haven’t yet ascended to heaven. But if you’re into such things and heading to church tomorrow, just know in advance that you’ll be celebrating All Saints’ Day because it will be All Saints’ Sunday, and that’s just how it works.

Yesterday was also the 497th anniversary of the day (or close to it) when Martin Luther nailed his 95 theses to the church door in Wittenberg, inadvertently starting the Reformation. Luther intended to initiate public debate around the selling of indulgences to get souls out of purgatory and into heaven – to move them from the All Souls’ Day list to the All Saints’ Day list. His posting went a little bit further than civil debate; that’s the power of words.

And now that we’re all on the same calendar page, I’d like to talk about Pope Francis.

What I love most about Pope Francis is his not-so-gentle suggestion that the Church has been putting, as my mother would have said, the em-FA-sis on the wrong sy-LA-ble. Love your neighbor, care for the needy, tend to the sick – these are the things, Pope Francis says, that matter. He’s the most catholic of Catholics, the Everyman of Popes, which has somehow landed him in a tight spot.

After 30 years of conservative leadership, the papal slipper, as The Guardian’s Andrew Brown put it, is now on the other foot. The media have been feeding the “radical Pope” frenzy, suggesting that everything he says is positively revolutionary. Take, for example, response to the Pope’s recent address about evolution, the big bang heard ’round the world. The Catholic Church has long supported the theory of evolution, but when Pope Francis says, “God is no magician,” it somehow sounds like breaking news.

If you need proof that the world’s gone completely bonkers, just take five minutes and surf the news:

Mexican drug lords are, literally, burning children to death; but what captured the attention and passion of almost 400,000 protesting petition-signers last month was Spain’s decision to euthanize Excaliber, the dog who belonged to the Spanish nurse who contracted Ebola.

20% of U.S. children live in poverty; but the buzz running through social media app NextDoor yesterday was what to do about the carpetbaggers invading upscale neighborhoods to trick or treat.

It’s a mad, mad, mad, mad world, all right. Today I miss the saints departed because I could really use their help dealing with this mess. But even though I believe what the physicists say, that the dearly-departeds’ energy is still right here with me, for all practical purposes they’re gone, and I’m not.

I’m here with you, we few, we happy few. And while we’re here we have some work to do, because God is not a magician. Even the Pope says so.

What?! It’s November? Where the heck did this year go?

Yep, it’s November: farmers markets closed until spring, Christmas displays exploding everywhere. Best load up on some winter squash – for decoration, if nothing else, because it’s time to gather for warm, savory dinners.

Coq au van (chicken in wine) is one of those things, like soufflé, that just sounds harder than it is to make. This recipe from the New York Times is both straightforward and tasty. Serve with crusty French bread. A green leaf lettuce salad is a good complement.

Patty melts are good comfort food, although not always on the comfort food radar. This recipe (and story) from David Lebovitz is a good place to start, if you’ve never made patty melts at home. I’ll serve with Alexa sea salt oven fries, which are our family favorite. 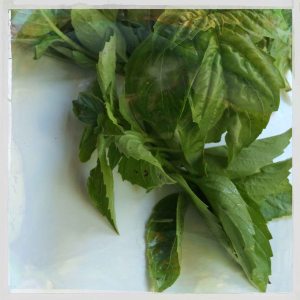 The online version of this recipe differs slightly from the one that appeared in Gourmet magazine and cookbook, but it’s close and it’s share-able. And it’s good – that’s the most important part.

This simple recipe from Martha Stewart is very popular in our house – universally liked every time I’ve made it. If you’re having a meat overload, make a batch of stir-fry peppers and onions to substitute – you won’t miss the meat.

So this is really unfair: I’m making the buckwheat galettes with ham and cheese, paired with a mache salad, from the David Tanis book the heart of the artichoke. The unfair bit is that I can’t share a link because Tanis’s recipes aren’t available online. The book is a good one to dig out, if it’s gathering dust on your shelf, or to add to your collection. A suitable alternative might be a Croque Monsieur with this version of a mache salad.