I am a converted believer in Memphis, my hometown, the place I vowed never to live after turning 18. It wasn’t some great epiphany. Like many conversions, it was subtle and happened while I wasn’t paying attention.

If, generally speaking, places have a way of growing on a person, then Memphis is the kudzu of places: wild, seamy, tangled and invading with relentless consumption. Go ahead, call us a weed. Resistance is futile, you’ll see.

Like kudzu, in a bad way, Memphis sprawled through annexation over the last 40 years. Done is done. But like kudzu, in a good way, the heart of Memphis has also grown thick with vine runners holding together what otherwise might have eroded.

Dial back time and tell 1999 Jennifer that she’ll write this post; she’ll call you nasty names. But while she was busy reading her New York Times, pining to return to life at higher altitude, those renegade tendrils wound their way around her, the unlikeliest of converts, and pulled her to the pews of the Memphis faithful. They turned her into me.

Now as I reflect on 15 years of living in Memphis (hard to believe I’ve written that), I can point to a handful of things that inspired my eventual conversion. Looking back, I see them as true articles of faith, proof of a place where unlikely magic can happen.

12 Articles of Faith for a Memphis Believer: 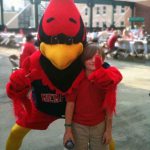 If you’re a local, then you’ve probably got at least a dozen more articles of your own Memphis faith to add. There are scores of them, to be sure; so please post a comment and build the list. These 12 are the ones dearest to me, the vines that reached my heart and made me a believer.

If you’re not from Memphis, come see for yourself and take stock – it will be like a scavenger hunt and pilgrimage at the same time. After all, we gave birth to the place that puts ice cream in snow cones; how could you not love us? Just watch out for the kudzu, or you might wrapped up and start calling this home.

As my friend Dan Conaway would say, I’m a Memphian. And I believe.

It’s full on summer now, time to suspend the dinner schedule and shift to preparing foods that keep well and can be served whenever everyone feels like coming inside. 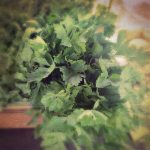 In a blender, puree 2 large fresh cucumbers (peeled and seeded) about 1/4 of a white onion, some fresh dill, celery flakes and 2-3 cups buttermilk; salt to taste. Chill several hours; will keep, wrapped and in a glass container, for several days in the refrigerator.

Boil a box of rotini according to package directions; drain and set aside. Coarsely chop 2-3 stalks celery, 1 bunch fresh scallions (or garlic scapes), a can of black olives and EITHER summer sausage OR cooked (or canned) tuna. Stir pasta, chopped vegetables and sausage (or tuna) with about 1/2 c. mayonnaise in a large glass bowl. Add some lemon juice, salt and pepper to taste. Keeps for several days. Warning: if your people are like my people (even my children) then they will snack on this salad all day long, and it will disappear quickly. Make lots. 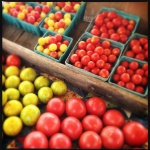 On a large platter, arrange lightly steamed green beans (I toss with butter and salt while they’re still warm; I’m Southern that way), fresh cherry/grape tomatoes, fresh mozzarella, sliced bell peppers, raw carrots and hummus that you either make yourself (here’s a good basic recipe) or that you buy (no judging; it’s summer). Sometimes I’ll put the platter, with some bread and/or crackers, on the counter and just let everyone snack.

Poach several pounds of chicken breasts (it’s easy; here’s a good primer if you need one), and you’ll have it for impromptu chicken salad, club sandwiches, or chopping up and tossing into some pasta. Make a batch of Ina Garten’s Buttermilk Ranch dressing, and you’ll be really set for the week, especially if you’ve got a head of fresh lettuce from the local market.

Today’s post was inspired mostly by Memphis but also in part by the WordPress Weekly Writing Challenge, Worlds Colliding. Find out more about blogging with WordPress at http://wordpress.com.

All words and images belong to me, Jennifer Balink. If you want to use a pic, please ask; I share with people who are nice.

17 thoughts on “12 articles of faith for a Memphis believer.”