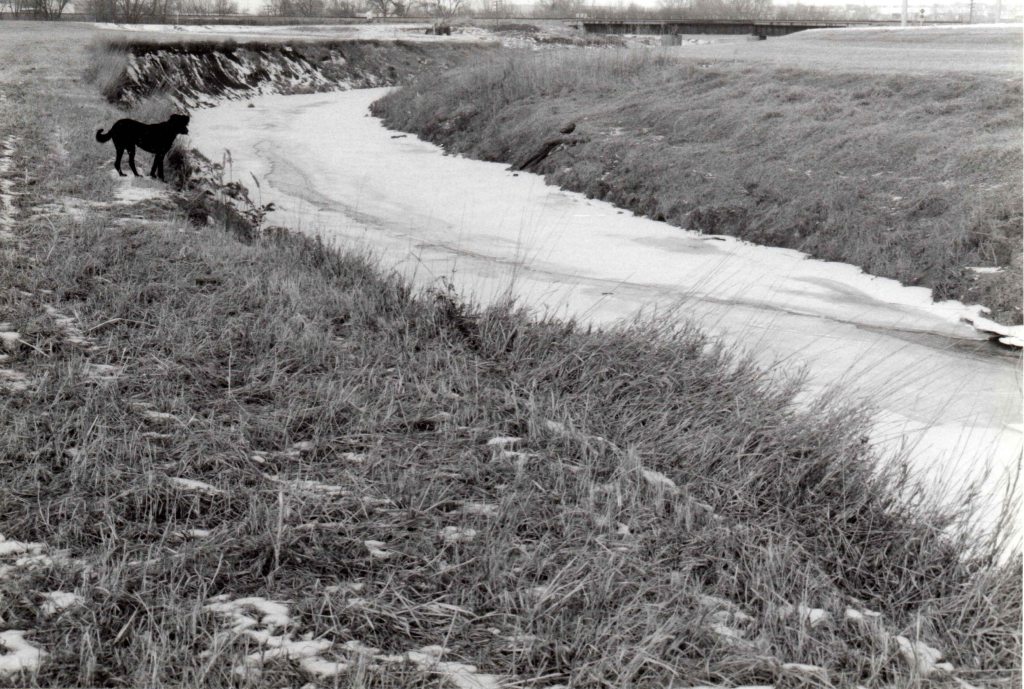 The purpose behind today’s story, before we talk about food for the week, is to remind you not to judge a book by its cover. I promise, you won’t have to stay with me long before we get into a recipe for carne adovada and a reason to buy malt vinegar.

As we drove to Rochester, MN last week to visit my sister and her family, I had Omaha déjà vu, mixed with a tinge of regret, watching the mile markers tick by on I-55 heading north toward St. Louis.

Fifteen years ago this spring I packed up my belongings and made the long haul from Omaha to Memphis, after four years of calling Omaha home. Ella-dog rode shotgun. Bernard trailed behind in the indescribable 1987 4-Runner that had belonged to his late brother Henry. (The truck’s another story for another day.)

At the time I headed back to Memphis I was none too sorry to see Nebraska in the rear view mirror. I never really felt at home in Omaha, which I now realize was entirely my fault. So many kind local people tried to connect me to things I would enjoy.

Instead I chose to listen to fellow transplants – colleagues from California and Boston who were quick to deride Omaha as the antithesis of cosmopolitan living. As a result I was entirely uncharitable, and for that I apologize both to Omaha and to the people there who extended their unique Midwestern welcome. 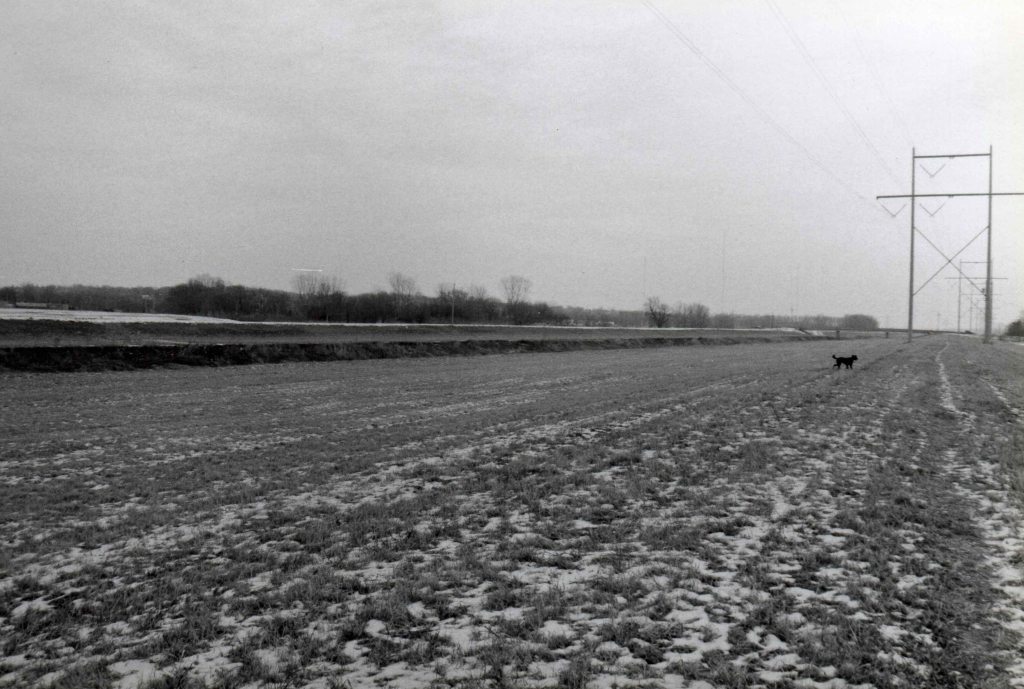 I was quick to judge Omaha for being fat, not fit, during the time in my life when I was more fit than fat. I was quick to judge Omaha for being simple, not fancy, when I sat in the cat-bird seat expecting the world to woo me. I saw Warren Buffet once at the Bronco Burger, just like everyone said I would, and I loved that he still lived in his relatively unassuming house in Happy Hollow; but still I dismissed Omaha as boring and uninteresting.

I had lived in Boston and spent countless weekends in Manhattan. I’d summered on the Cape. I dated a man who split his time between Jackson, WY and Santa Fe, and my passport was stamped with proof of international travel. Omaha was beneath me.

I watched the College World Series from prime seats in Rosenblatt Stadium without realizing I was living a baseball lover’s dream. I was welcomed by a sea of red Huskers to box seats in Memorial Stadium but was arrogantly dismissive of the team that two months later would pummel Tennessee for the national championship.

If hindsight’s 20/20, then I can see with supreme clarity how much time I wasted being a cynic for four long Nebraska winters.

So learn this lesson from my mistake: if you find yourself in a strange place surrounded by strange people who don’t look like your idea of cool, do yourself a favor and get the hell over it. Look for one good thing, anything, and follow where it leads you. You may not ever want to live there, but you won’t look back and wonder what you missed while you were busy being too good for what might have been good to you.

In honor of the good things I did find in Omaha, even if I didn’t appreciate them enough at the time, this week we’ll have my version of Nettie’s chili (chile), beer battered fish like they serve at the Dundee Dell, and filets which I’ll do my best to cook as well as they do at Omaha Prime. We’ll also have roast chicken in memory of the late great Hermene Zweiback with blessings to her wonderful family who tried their best to make me feel comfortable in their home town. And, of course, we’ll have corned beef and cabbage. After all that, we’ll apparently be having Slim Fast.

Ironically it’s my Dutch husband who craves corned beef, especially on St. Patrick’s Day, even though I’m the one with the Irish heritage. If you’ve never prepared corned beef, it’s really simple – especially in a slow cooker. A corned beef brisket (brined roast) should be readily available in your local grocery, and there are probably excellent cooking directions right on the label, although I can’t recommend using the spice packet if one comes with it. You’re better off seasoning the meat yourself. Here’s how we do it: Cut some carrots, onions and potatoes and place them in the bottom of the slow cooker. Lay the brisket on top of the vegetables and cover with liquid (stock, beer, water or a mix). Add a couple of bay leaves and thyme sprigs, sprinkle the top with a tsp. or so of dried mustard, and cook on low for seven hours. Add cabbage, sliced thickly, and cook for another hour – eight hours total.

If there is a defining meal of my 18 years with Bernard, it has to be pork simmered in red chile sauce (carne adovada). My first taste of red chile was at Nettie’s, an Omaha cult favorite, back when Nettie herself was still alive and cooking. The family doesn’t share the recipe (why would they?), but I’ve developed one that I think is pretty close – and you can make it in a slow cooker.

The essential ingredient here is the chile powder. We buy ours from the flea market in Santa Fe. Yes, really. You can find chile powder at most Mexican groceries and even at Whole Foods. You can also make your own by grinding a mix of dried red peppers (remove stems – leave the seeds for added heat). Do not, do not, do not use a chili powder mix that has salt or other flavorings.

Cut a pork loin or tenderloin into one inch cubes. Coat the pork in flour that is seasoned with salt and pepper, and brown (in batches) in olive oil. Add oil to the skillet with each batch you’re browning in order to prevent sticking and make sure the crispy bits get scraped up with the meat. Transfer browned meat to slow cooker.

In a large bowl, whisk together a quart of chicken stock, a quart of tomato juice, 4 Tbsp. red chile powder, 2-3 tsp. dried oregano, and some crushed garlic (2-5 cloves). Pour the liquid over the meat and cook, on low, for eight hours. Salt to taste. If the sauce is too liquid, remove some, thicken with beurre manié (paste of softened butter mixed with flour), and add the thickened sauce back to the stew.

NOTE: Bernard swears that no God-fearing Mexican cook would ever use tomato juice in chile/chili. I saw Nettie herself add the can of tomato juice to the big pot. On this particular issue, I am right and Bernard is wrong.

Yes, I broke up with Food 52. But this recipe is a worthy keepsake from our year together, and it reminds me of eating at the iconic Dundee Dell which, if you’re ever in Omaha and like Scotch, has an incredible collection of single malts. You can use any unflavored, full-bodied beer for the fish batter if you’re not an IPA fan. The alcohol cooks off during frying, so it’s appropriate (and delicious) for the whole family. The critically important ingredient here is the malt vinegar that you’ll serve instead of ketchup as your condiment. If you don’t have malt vinegar in your pantry, here’s your opportunity to add it. Malt vinegar is slowly breaking my children’s addition to ketchup, one fried fish piece at a time.

Ok, here’s the deal: with all due respect to the late Steve Simon and the Simon clan (Omaha Steaks) who were also kind to me during my Nebraska residence, if you want to splurge on mail order steak, order from Allen Brothers. Crazy expensive? Yes. Worth it for an occasional indulgence? Absolutely. Omaha Prime, legendary steakhouse, serves Allen Brothers – or at least that’s what they were serving when I ate there. When my stepmother didn’t know what to get Bernard for his birthday one year, she decided Allen Brothers steaks might work. It’s a tradition I kept after Sara died, and this week we’ll have the last steaks from last year’s shipment.

We prepare filets in a hot cast iron skillet with a bit of butter and salt, cooking about five minutes a side (depending on the thickness of the cut). Make sure not to crowd the skillet if you’re cooking multiple steaks, or they’ll steam instead of searing. Serve with steamed French green beans and an arugula salad dressed simply in olive oil and lemon juice.

A year after I moved to Omaha I learned that two friends from college had grown up there. My friends’ parents, Hermene and Speedy, took me into their extended family and offered their friendship freely. In memory of Hermene we’ll have a traditional Friday Shabbat dinner of roast chicken (I like Ina Garten’s recipe), potatoes (I’ll either make mashed or roasted, using gold fingerlings either way), and a simple romaine salad. Since Friday is a work day for me, I’ll prep everything in the morning so it’s ready to assemble and put in the oven right when I get home.

Sunday evening with big dog and the last of summer’s harvest.
#artharder #christmasiscoming
How about manifesting a little light whimsy in 2023? (P.S. that’s <100 days from today 😱)
Adding something a little different this year: 11x17, month on a page, hangs with a bulldog clip, in … whatever room you like. How ‘bout it?
“So, Mom; you gonna throw Saturday night ragers now that we’re in college?”
Spent the afternoon in a great training session, learning how to facilitate healthy relationship (including healthy friendship!) workshops for children and young adults. Friends with children (elementary school through college): If you’re not familiar with @join1love please have a look and follow along. And follow @kindredplace901 to be in the know when our workshops go live.
Join 7,329 other followers
%d bloggers like this: