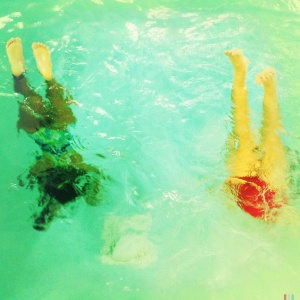 “Have you ever wanted, really badly, to know how to do something, but you didn’t want to have to learn how?” my daughter asks.

It is her 10th birthday.  We are in the car together riding to a friend’s house where she is spending the night, at-home princess parties now the things of ancient history.  For the past three hours we have been on the street in front of our house, watching, coaching, cajoling as she finally learned how to ride a bike.  Now in the car I tell her how much I admire her accomplishment, ask how she is feeling about it, and she responds with this question I feel in my heart.

When her older brother turned six and got a bike for his birthday, he gave it three unconvincing tries before he abandoned the effort.  I remember that day, her watching him intently and saying to me as he stormed up the stairs, “when I get a bike, I’ll never, ever give up.”  She was three at the time and afraid of nothing.

Technically, she was true to her word.  She somehow managed not to get a bike.  As Christmases and birthdays came around, she asked for American Girl dolls and things for her room.  Never a bike.  When her friends asked her to come on a bike ride, she’d reply that she preferred riding her scooter.  When a neighbor offered to give her a lesson, she’d say “maybe another day, thank you.”

Her brother went abroad to study, so to speak.  Not long after his sixth birthday, he went to a friend’s house and came home riding a bike.  The tools and the teacher appeared, safely removed from critical eyes, and he seized his moment.  From that day forward he tore up and down the street without a single glance back to that first day, the day he wanted to be a master but refused to start as an apprentice.

I know this routine well.  I think about the six years that elapsed between getting my first camera and learning to navigate a darkroom.  I secretly wanted to be a photographer but was intimated by the camera club girls.  The tools looked daunting and complicated, and there was mixing and chemistry involved.  I didn’t want to make a mistake or do something stupid, especially not around other people who clearly had mastered the skill.  Six years later, far from home and with people I’d never met, I signed up for Photography 101, finally more determined to get what I wanted than to fret over being embarrassed by my lack of knowledge.

As I watched my daughter tackle that bike, I recognized the commitment in the set of her shoulders, the press of her mouth.  I saw pride give way to sheer will, just as it did when she learned how to swim, to shoot a bow and arrow, to knit on the Rainbow Loom.

Have I ever wanted to be able to do something but not wanted to have to learn how?  Yes, love, so very often.  Sometimes I’ve even wanted it enough to stumble awkwardly through the initiation.  And you will too, with greatest joy.

One thought on “The DNA of Determination.”