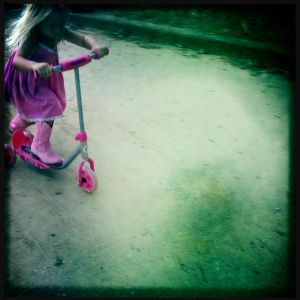 In the last 10 days the leader of the free world called for military action against Syria and a public debate about it. And in this time of international attention on Mideast unrest, chemical weapons, unenforceable treaties, and the deaths of scores of women and children, the folks at WordPress are asking bloggers worldwide to devote this week’s Weekly Writing Challenge posts (a Mind the Gap challenge, no less) to….

Seriously, did anyone actually expect this generation’s Drew Barrymore to be an Ordinary Girl once she broke out on her own? And why is her performance continuing to spark discussion when there are issues of real importance to mull over?

Maybe sometimes we need something unimportant to look at when the important is just too overwhelming. So here goes.

It’s fascinating to me how many rule-breaking rebels are outraged by little Miley, horrified by all the lines she crossed. Would everyone be just as upset if it had been Zac Efron up there twerking in his underwear? Doubtful. Rules for girls, even in 2013, are different.

For the record, I think the child is misguided, and the performance was both vulgar and unworthy of further discussion. What is worthy of a bit of thought, at least to me, is the war of girl rule books.

From Allie Finkle to Sheryl Sandberg, Glamour “Don’ts” to Cosmo secrets, girls are bombarded at every turn with lists of rules. We’re taught to conform and yet be non-conformist, to be assertive but not aggressive, to be cooperative but not too concessionary. The rules business is big and thriving, but all that conflicting rhetoric somehow just makes a no-win even less win-able.

Maybe it would be more helpful to separate the admonishments (no white shoes after Labor Day) from guidelines to support decision-making (if you wear lingerie in public, someone will likely mistake you for a hooker), and then to acknowledge that each of us must live with the decisions we make. The point of having rules, after all, should be to support a healthy independent sense of self and to foster good life relationships. Do This Not That isn’t particularly helpful unless THIS and THAT are super crystal clear. Which they usually are not.

My mother was masterful when it came to the guideline method of rule-setting. She somehow framed almost everything, from pantyhose to prom dates, as a set of options with outcomes, choices with consequences. She did not teach us hard and fast rules (ok, she did say no white shoes after Labor Day); she gave us rules of thumb and taught us how to make decisions.

I can’t count the number of times I have chosen unwisely and wished, in retrospect, that I’d had a clearer rule. For the most part, though, Betty’s rules of thumb have served me well. Her top three are ones I’m now passing on to my daughter:

Oh, and there’s one of the lesser rules that bears repeating, even if it will be a few years before I share it with my daughter: if you wear underwear in public, people may mistake you for a hooker. Or perhaps for the misguided, rule-breaking, split personality offspring of Billy Ray Cyrus.

6 thoughts on “Rules for girls.”

Morning after.
That’s a wrap. ❤️
I call this dress “The Sound of Music.” If you knew my mother, then you probably don’t need another word of backstory to understand the reference. But for everyone else, the story, as I know it (and who’s to say otherwise, because all the characters are now in the Great Beyond) is this: these curtains belonged to my great-grandmother on my father’s side. Nana had them in the house on Elzey, the one that was big enough to hold all of the then-grown Larkey children and their spouses and children for a little while during the Great Depression. Nana gave the curtains to her daughter who then gave them to my mother when a Christmas Eve fire in our attic left us displaced and my mother and sister (I was in college) moved into a short term rental house two doors down from my great aunt, who helped my mother furnish the rental. My mother gave the curtains to me when I bought my first house. I packed them into a zippered storage bag when I moved to Omaha and then toted them along for all the years that followed, right up until this winter when I was frantically searching for the box of French lace that I saved, from my mother’s sewing things, to make my daughter’s graduation dress. I still haven’t found that lace. The curtains, then, were at first a substitute for the original plan. They were plan B. My mother, the hand-sewing, piano teaching, enterprising writer, always had a plan B (and C, and D, and so on). My hand stitching isn’t as delicate as hers, but I think she’d approve. Who’s to say otherwise?
“Make it pretty on the inside,” that’s what my mama always said.
Tipsy Tumbler just arrived, so it’s a party now! Corner of Peabody and Belvedere (fenced lot - park on Belvedere). We’re here til 4!
%d bloggers like this: