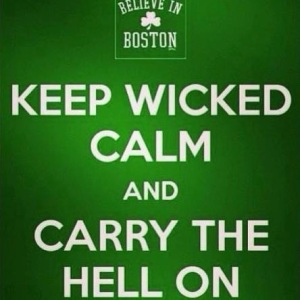 I spent my Great Transition years, the ones between college and real-world adulthood, in Dedham, MA, just outside the Boston city limits. I taught middle and high school drawing, photography and drama.

When I say I love Boston, what I mean is that a part of my heart will always live on Route 1, where I spent hours in traffic shuttling students to and from the Museum of Fine Arts, using the commute to debate the purpose of art.

What I mean is that part of my heart still lives in the North End, where a group of friends and I drank a case of beer and serenaded passers-by while standing on the sidewalk waiting for a table at the Daily Catch. I was introduced to squid ink pasta and lobster Fra Diavolo and cannoli that night. After dinner we asked the waiter if there were really such a thing as the Mafia, at which point he told us the restaurant was closed and that it was time for us to go home.

What I really mean is that there will forever be a special place in my heart for the area around the Big Dig, where traffic was so snarled and messy once that my dad, after getting lost and circling around for an hour trying to figure out how to get from the Copley to the exit for the Cape, returned to the airport rental car place, flung the keys at the clerk and announced that anyone stupid enough to drive a car in Boston was a damn fool. Then he and my stepmother hailed a taxi to cart them from Logan to Orleans, where I was staying for the summer. Lord knows how much that cost, but by that point they didn’t care. They were newly married, happy to come visit me, and happy to be in Boston, a city neither of them had ever seen. It was the one and only time my dad ever left Memphis to visit me during the years I lived away, and we had a wonderful, funny week together. From that trip until the day he died, Daddy referred to every traffic jam as “Boston all over again.”

Then there’s the whole walking six blocks with my skirt tucked in my underpants thing. I guess there’s a part of my heart wrapped up in that, too.

I love Boston. I love the spiritedness of the people I met when I lived there. Friends, through and through. Keep wicked calm and carry the hell on, from this southern gal to everyone in her onetime home. 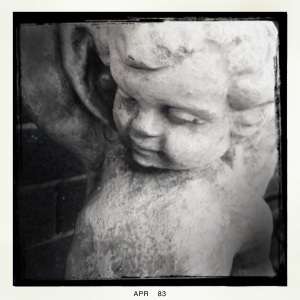 It was during the Great Transition years that I first had a catering business. I was a poor school teacher and needed extra cash, so I catered dinner parties for my students’ parents. My go-to book back then, before Ina Garten hit the scene, was the Silver Palate Cookbook. My copy of that most-fabulous resource is now tattered, torn and stained. I love it all the more for its wear and tear, the same way I love Boston. Two of the dinner recipes for this week are former superstars of my catering fare. The genuine articles from the real Silver Palate Cookbook aren’t available online, but they’ve been reproduced on other cooking sites (with appropriate citation). Those links will work just fine. Or you could just go get the book. You won’t be sorry, I promise.

Peaceful week to all.