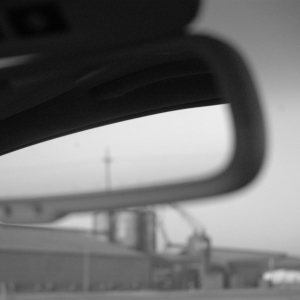 Car time used to be NPR time, Morning Edition on the way to work and All Things Considered on the way home.  It lasted through my children’s first years; but when they grew old enough to understand words though not mature enough for much of NPR’s content, we switched to music then to audiobooks.  I miss NPR and the world of  insights it brought me.  Missing NPR is, I suppose, how I missed knowing about Farewell, Fred Voodoo, by Amy Wilentz.

Sunday morning, for no particular reason, I awoke around 5:45.  The house was entirely quiet around me as everyone – husband, cat, dogs, children and children’s spend-the-night guests, all slept peacefully. 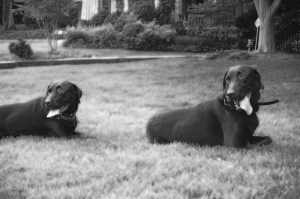 The problem is, however, that if I get up then the dogs will get up.  The dogs will get up noisily, thinking I am going to do my job and take them for a walk.  And those noisy dogs will wake the sleeping children, who really need more sleep.  No, I definitely should not get up, not even for coffee.

I would read, except that I can’t get up to fetch the paper without disturbing the sleeping dogs, and thus waking the children, and I finished all the books on my current book list.

Facebook, on a small electronic device that is within arm’s reach on your bedside table, is handy in times such as these.  What better way to waste some time, waiting for a more decent hour to arrive?

I see a picture of my friend Rich Fleming, a college classmate and fellow visual arts program major who writes about his travels and his wildly interesting life on his blog, A Brooklynite on Ice.  The photo, of Rich on the subway reading a book, was posted by Amy Wilentz, accompanied by the comment, “Finally it happened. My friend Susan took this on the subway in New York in January.”

I don’t read The New Yorker or The Nation, and I have never heard of Amy Wilentz.  I know that I should both read these fine publications and be familiar with her.  I want to be the person who is knowledgeable about such things, but I don’t want it enough to do anything any differently, and that’s that.

I read through the comments to investigate why she has posted this picture, and I gather that it has something to do with the book he’s reading.  A friend of hers happened to know Rich, and she tagged him in the photo, which is how it showed up in my news feed.  None of the comments, however, explain to me who Amy Wilentz is.

It is now only 6:05.  The house is still sleeping.  I am bored with Facebook, so I investigate Amy Wilentz. I learn that she is a writer and that her most recent book, a memoir about Haiti, is Farewell, Fred Voodoo.  I read an excerpt from an editorial review, and I like it enough to download a sample of the book.  I then like the sample enough to purchase the book, a bleak, evocative piece of writing that somehow reminds me of The Year of Living Dangerously, although there are no actual similarities between the two.  Truly, it is a beautiful book, which is probably what they said on NPR when they interviewed the author.  I wouldn’t know, however, because I only used to listen to NPR back in the days when I was alone in my car, buzzing around to do important things.

It is now 7:35, and I hear little people beginning to stir.  It’s time to rise and see what the rest of this day might have in store.   It can hardly be more surprising or unexpected, as it started with gift of a book I would never have picked up, by an author I’ve never heard of, about a place I never want to visit, all because a stranger took a picture of a friend I haven’t seen in 20 years and posted it on Facebook on a morning when I had nothing better to do than troll Facebook.  I smile at this strange turn of ordinary events and know that’s just how life happens, at least when I let it.

7 thoughts on “The way life happens.”